Instead of reviewing 2015, I thought we should take a look at all of the things we can look forward to in 2016.

There are a tonne of video games, books, and movies coming out, but I can’t list them all here. If there’s something you’re really looking forward to share it in the comments!

I’m more than just a little excited for Homeworld: Deserts of Kharak. Not only are we getting the game developed by Blackbird Interactive much earlier than expected, but the game’s story looks promising.

Deserts of Kharak takes place 100 years before the events of Homeworld and follows scientist Rachel S’jet as she investigates an ancient crashed starship. There’s a strange signature coming from the ship and anyone familiar with the games will know that she’ll find the first Hyperspace Core.

Unlike other space fantasy video game series like Mass Effect, Halo, or Destiny, Homeworld’s… world has never really been developed, and yet there’s so much lore. What excites me is that this game will be exploring the origins of the Kushan (Hiigaran) banishment to Kharak. Rachel is also an ancestor of Karan S’jet, a neuroscientist who becomes the central intelligence of the Mothership seen in Homeworld and Homeworld 2. This game will show us how the Kushan will finally learn that their home planet is out there somewhere in the universe, and the Hyperspace Core is the key to their return.

I recently replayed Dark Souls and Dark Souls 2, and I have to admit they left me a little underwhelmed. A lot of how I feel about the games now are informed by my experiences with Blood Borne and the gameplay upgrades that game brought into the From Software equation.

I’m very excited that Dark Souls 3 could be incorporating the best of all series in the latest entry in the series. I’m also happy I’ll be able to get a shield that’s worth a damn too. 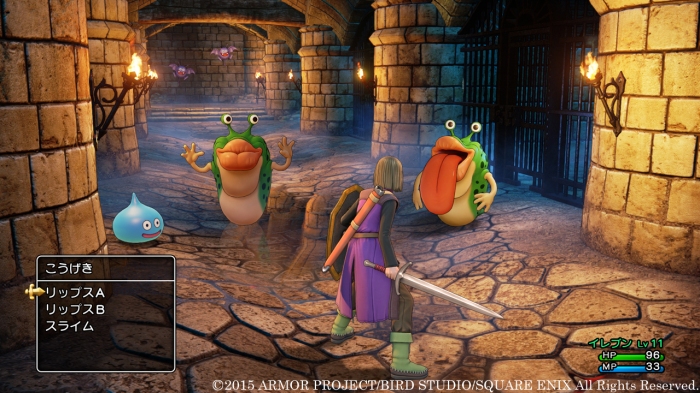 Everyone has a guilty pleasure and Dragon Quest is mine. Typically, I try to avoid slow moving role-playing games when I can. They’re laborious and labour intensive, but there’s something nostalgic about the Dragon Quest world that somehow draws me back into it with every new game. Dragon Quest Heroes: The Subtitle of Doom was the latest of these fast food, high-cholesterol guilty pleasures and it was a fun experience.

My only hope for the new game is that Square Enix keeps it traditional and tries to avoid the active battle systems of other role-playing game series reboots. And from what we can see in the screenshot above it looks like they’re going to be keeping the gameplay slower than a Snail Slime. 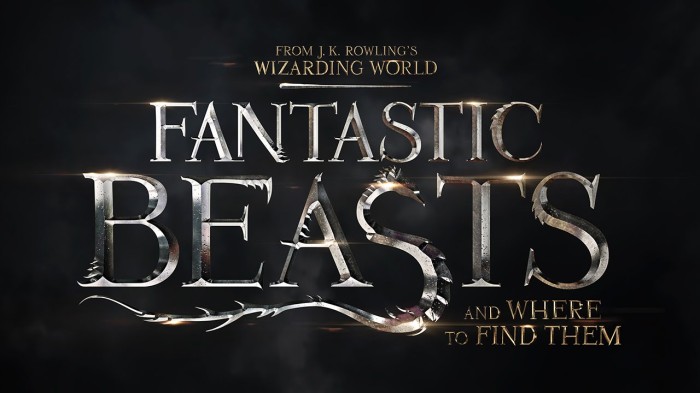 Fantastic Beasts and Where to Find Them | November 18th, 2016

After seeing the first teaser trailer of the film a few weeks ago, I’m feeling pretty excited to see Fantastic Beasts on the big screen, but the wait for it is going to be so long. It’s hard to believe that it’s already been five years since Harry Potter and the Deathly Hallows: Part 2 was released. Back then, the Harry Potter fanbase, which didn’t really include me at the time, was pretty rabid, but you have to wonder if this new film will be able to wrangle them back and find a new audience.

With Eddie Redmayne, Collin Farrell, and Katherine Waterston aboard, I feel pretty confident about the new cast, but less sure about the angle they’re on with the magical world. There are a lot of questions about what magic is like in North America. If they can pull off creating a believable North American version of the Harry Potter universe, I’ll be a happy nerd. 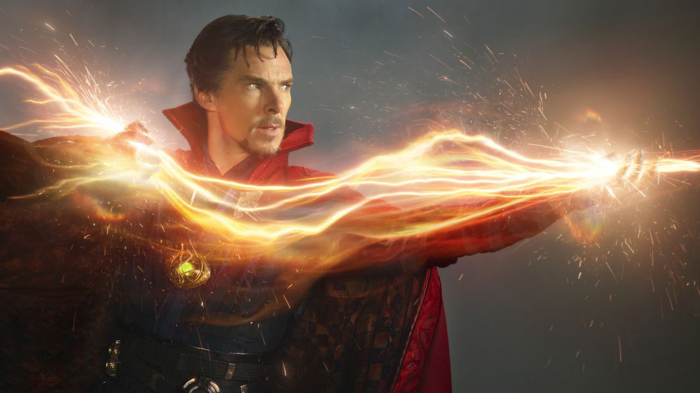 Marvel don’t you dare screw this up. Unlike almost every other Marvel movie, I actually care about the fate of Dr. Stephen Strange. I’ve read more of his comics than any other hero in the Marvel universe, I’m familiar with the villains that plague his stories, and I’m pretty steeped in the character.

That said, I’m already pretty happy with how the film’s formula is already looking to be a little different. It’s taking place well after Strange’s struggles with his struggles wit his hands and education from the Ancient One. Perhaps we’ll be in the middle of his struggle against some unsightly demonic beast and we’ll get a real sense of his powers right at the start of the film. I just hope that the villains are good. Maybe Nightmare, he’s pretty evil.

When the original Zoolander was released, I was about 10-years-old. Even then, I knew it was just a silly and ridiculous film, but it still managed to make me laugh and it made me feel strangely inspired. If an idiot like Derek Zoolander could be a male model, couldn’t I? A few months after I watched the film, I was actually in a photoshoot for chickaDEE Magazine and learned just how hard it is to see photos of yourself in print. My modelling career was short and uninspiring.

The only problem with the new film is that the trailer for it, which set a record for the most views for a comedic film, basically showed us every punchline the film has to offer. I’m still going to watch it though and maybe it’ll inspire me to give modelling another try.

Last year, I started reviewing science fiction and fantasy novels. One of the first books I looked at was V.E. Schwab’s A Darker Shade of Magic and I enjoyed the book’s setting, characters, and its take on magic. I was also very impressed by the book’s secondary character Deliah Bard, but Schwab’s description of her latest in the series leaves me a bit worried that she won’t be coming back.

Regardless if Bard does or does not make a return, I’m excited to see the series continue. Kell and Rhys had an interesting relationship I hope to see develop, I hope Black London becomes more than just an embodiment of evil magic, and maybe the lovable bandit will make a surprise return in the later chapters.

Anyway, here’s to a good 2015 and what should be an exciting 2016. There are a lot of interesting things coming out in the next few months and in the later part of the year, so you can look forward to something on the website on each and every one of the things listed here.