Fathers in video games are very few and very far between as characters go, but the best ones are always there for the protagonist. They’re there to support and they’re there to nurture, but they’re also probably the main reason why the hero is there in the first place.

And on Father’s Day we remember all of the awesome fathers around the world and here we take a look at some of the best virtual dads in video games. 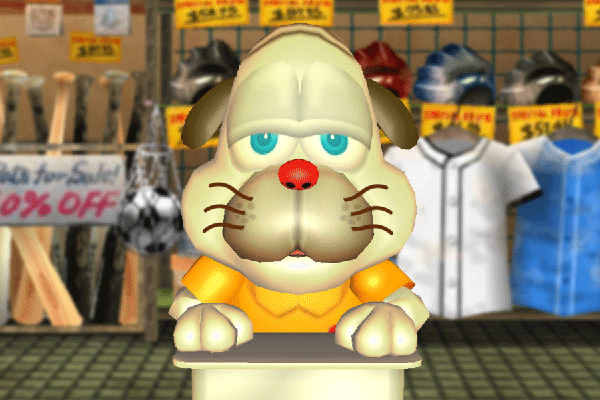 At the beginning of the game, Rusty gives us a run down of how his little shop works and also lends us one of his many sons who gives us some advice on how to deal with his dad. Apparently, Rusty loves donuts and the deep-fried rings of sugary sweetness can even make him slip up to give you steep discounts.

He’s also the definition of a sad sack. Everything Rusty does from trying to attend cooking classes to simply opening up his shop for the day seems to go horribly wrong. He’s just this sponge of pathos who makes us feel so bad for pushing him for discounts, yet he’s a businessman at heart and a dedicated father.

Norman is unique in the Pokemon universe as he’s the first actual father to be shown in the games. The Gym Leader of the Petalburg Gym, he first makes an appearance in a short cutscene apparently having beaten someone on live television.

It takes quite a while before you meet up with your father to battle, but when you do he tells you that he’s not going to be pulling his punches. And after you beat him, his reaction is a little funny:

“As the Gym Leader, I can’t express how upset I am… But as a father, it makes me both happy and a little sad. It’s odd…“ 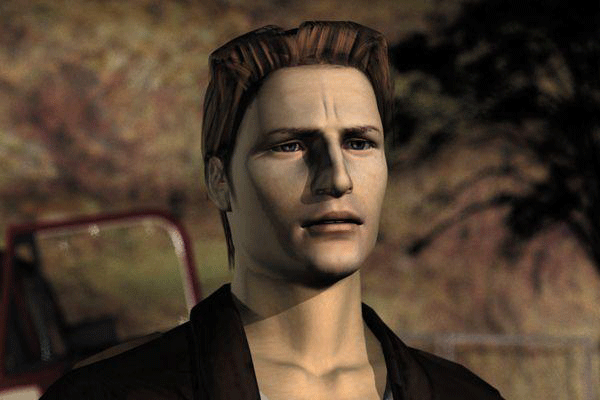 The polygon count of a man says a lot about his character… design.

Silent Hill isn’t exactly the best environment to raise a child as Harry Mason could easily tell you. In the first game in the series, Harry Mason is travelling to the fog-filled town in order to take his daughter Cheryl on a vacation. Believe it or not, Silent Hill is actually a bit of a vacation spot for families, but sometimes it can get a little creepy… a lot creepy.

At the end of the first game, his daughter has been reborn as the incarnation of Alessa Gillespie, the supernatural force behind Silent Hill, and his daughter. While most fathers might be a bit… pissed off at that he decides to raise her as his own. After all, some of his daughter is still living within this new being.

Two games later, we learn that Harry Mason raised his daughter and helped her move as far away from the cults, rituals, and fog of Silent Hill. Unfortunately, he dies… but he still made a big difference in Heather’s (what he renamed his daughter to) life. His unwavering love allows her to eventually destroy the evil force behind Silent Hill. 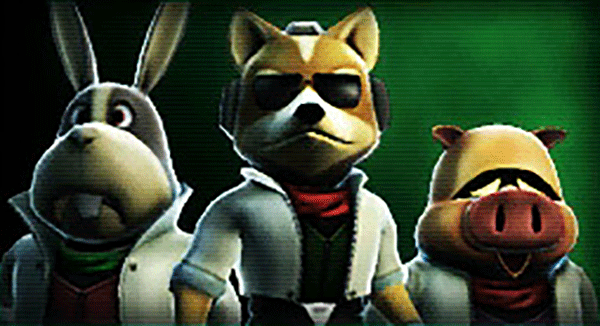 Those glasses tell you everything you need to know.

Venom is an uninhabitable mess of a planet and Fox McCloud has been tasked with taking down Andross, it’s giant-headed leader. After their final battle, Andross explodes and James crosses over from the dead to lead Fox out to the surface. “Never give up, trust your instincts” and “You’ve become so strong, Fox” are just a few of the ways he encourages you to keep going.

It’s a really nice moment in the game knowing that you’re never truly alone. Even in the depths of Venom being chased by an explosion, somehow James will find a way to help you out. And we don’t actually know too much about their relationship, but we can pretty much assume their bond is pretty strong. 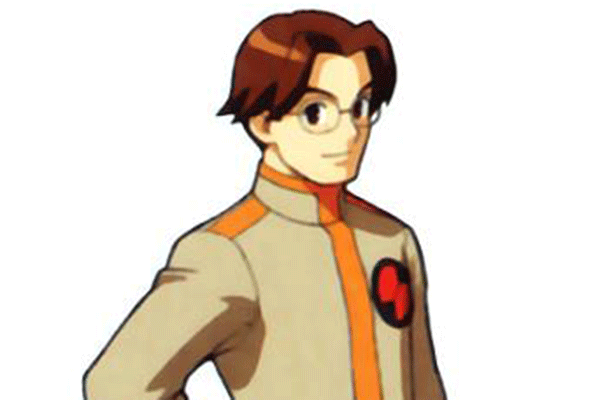 I started playing Megaman Battle Network in the third game of the series and the characters were all pretty well established. Lan Hikari has a bunch of friends and Megaman is chief among them. A Virtual Navi, Megaman sticks around Lan to give him advice and help him battle it out with his friends. Lan’s father, Yuichiro, also just happens to be Megaman’s inventor.

Yuichiro Hikari is also the inventor of the enhancements that are given to Navis like Megaman, and he’s only too happy to share those with his son when you visit him in the third game.

He’s not exactly the most active father in the game, but he does his best to support Lan throughout the series. He also has a number of proteges from the science lab he works in who look out for his son like Mr. Famous. 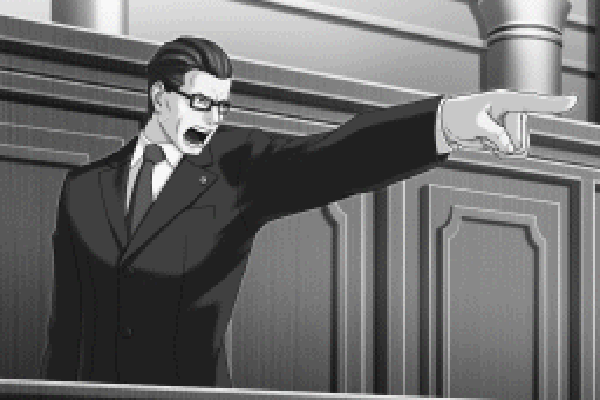 Every great person has a great person who inspires them, and for Miles Edgeworth that was his father. Gregory Edgeworth was a well-known defense attorney unlike his son who would become one of the world’s foremost prosecutors. Unfortunately during the course a trial, he was murdered by a fellow attorney after his killer flew into a rage.

Gregory was the founder of the Edgeworth Law Offices and also the mentor of Tateyuki Shigaraki who would become the owner of the company after his death. Shigaraki would eventually help Miles to solve the case of his father’s murder. Shigaraki offered Miles a partnership at his father’s company; however, Miles thought the best way to honour his father’s memory is to become a prosecutor to protect people from contradictions and forward justice.

What really gets me about Gregory is that during Turnabout Goodbyes while you’re playing as him he often thinks about his son wondering if the objects you click in the game could make for a good toy for his son. It makes you wonder how the game’s universe would be different if he had lived, but he has quite the legacy. 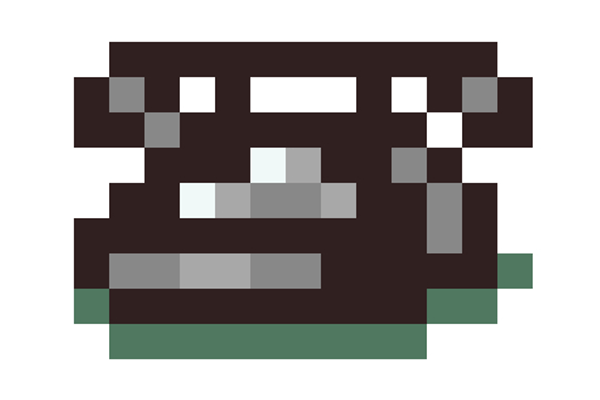 ‘Hello, it’s your dad. ‘”Work to exhaustion when you’re young…” ‘Have you ever heard of a weird saying like this? ‘Just remember, I’m always behind you 100%. Don’t be afraid. ‘I know that you’re brave. You can do it! ‘Don’t forget to call me periodically during your adventure. ‘I can make a record of your progress when you call me. ‘Oh yeah, I deposited $30 into your bank account. ‘Do you have your ATM card? ‘Withdraw your money from any cash machine and buy whatever you need. ‘Good Luck, m’boy! I feel like such a hero! ‘What? Well, the father of a hero, at least. Wa ha ha! ‘Slam! Beeeeeeeep! 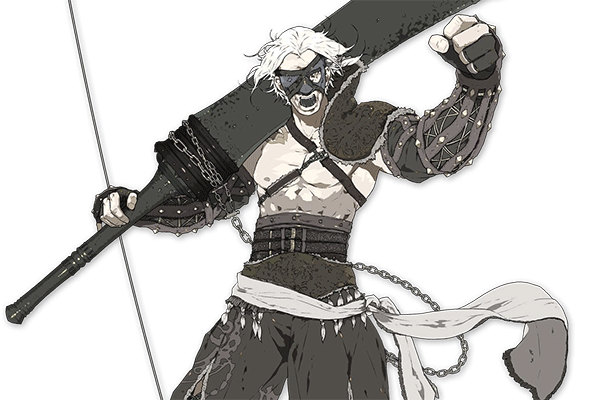 Awesome dad and he has an awesome soundtrack.

Nier is an unyielding father who across any dimension will do anything to protect his daughter Yonah.

Although he has a rough and tough appearance, he’s missing an eye, and he usually wields a sword a little larger than your average car, but he has a heart of gold and personality that melts when he’s near his daughter who is terminally ill.

And saving her becomes his quest except it turns out the enemy he’s fighting has a motivation that’s a little more complex than at first blush. Great game, but won’t spoil the ending.