There are few songs that I can really relate to like “Square Four” by Buck65. Listen to the song and you’ll know what it’s like to be me all of the time when it comes to food.

I mean, I’m not always hungry, but having food in front of me really lifts up my spirit. It’s why while playing video games, I let my characters eat their hearts out when they have the chance.

What follows is a love letter to the best-looking and best-tasting pixellated food in video games. Most of the sprites featured are available from the Spriter’s Resource!

Legend of the Mystical Ninja 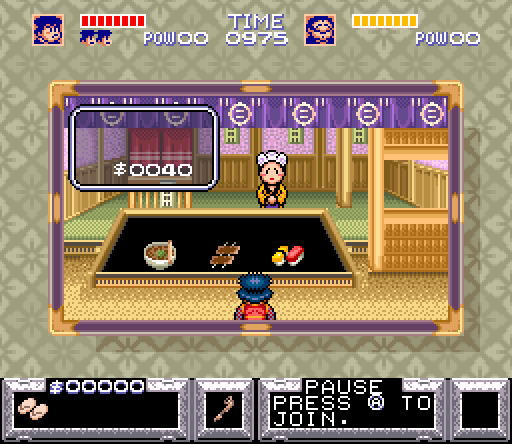 Oh, man. There’s nothing tastier than the food shown off in Legend of the Mystical Ninja on the SNES. I mean, there are plenty of games that have Japanese food in them, but there are few that actually make me hungry.

Up there you have a small fare of Japanese food including a bowl of udon, some unagi kabayaki (BBQ eel), and tamagoyaki (egg sushi), and what looks like some tuna nigri. The food vary by shop and there’s a really great guide here that lists all of the food items in the game.

I think the food here looks so good because it’s kept so simple. The items take on the form of the food that most Japanese people could taste from sight alone and having tried most of the items on order I have super power.

What’s also awesome is how cheap the food is in the game. I just let Kid Ying and Dr. Yang (not their real names) sit around eating all day then go bash some enemies for more money.

I wonder what kind of meat it is…

Golden Axe is a fairly well-known game that was in arcades and saw a home release on the Sega Genesis in 1989. The beat ’em up has you playing as either an ass-kicking amazon, a long-haired barbarian, or as a axe-wielding dwarf.

You sleep by a campfire at the end of most levels and elves will sometimes visit your camp. If you smack the elves they sometimes drop magic potions, but they also drop MEAT. When I say meat, I mean meat. Bone-in chunks of unknown organic matter that’s surely dripping with fat.

There are also two versions of the meat with the above being from Golden Axe 2 and below being from the original game. I think the sequel’s health-restoring item looks tastier. To be honest, I’ve never eaten any kind of meat like this. The idea of hunting something, killing it, skinning it, and then roasting it over the fire feels so primal, which I guess it perfect for these three warriors looking to take down a dark lord.

I dunno how people feel about really raw game meat, but from my few experiences eating buffalo and bison I think the Golden Axe warriors are eating pretty well.

Again with the Japanese food! I’m sorry, I can’t help it one bit. Cooking Mama is a game I have very little experience actually playing, but one that I’m very familiar with its food, and there’s quite a selection.

Hamburgers, sausages, fish, all kinds of eggs, toast, tempura, cabbage rolls, and etc. are some of the food that are available to cook and then plate, which is probable the most important part of the game. While food is good on its own, the way you present food can tantalize the senses.

I’d eat that in a second, pixels and all.

I can feel my arteries clogging in the best way possible.

There are a tonne of food sprites in Chrono Trigger, but you don’t often pay them too much attention. A pie here, a cake there, a piece of cheese sitting neglected in a corner. Despite these being more background sprites than actual food you can interact with, I still think they look delicious.

At the Millennial Fair in particular there’s a lunch available outside of the Gato fight (seen above in pink). There’s something about not exactly knowing what’s inside that intrigues my gastronomic detective self. Whatever the food is it totally replenishes you health entirely, but also serves as a way of convicting you when accused of stealing away Marle.

Food also plays a big role in the future shown in the game. Although you can find terminals that can heal your health entirely, it still leaves you hungry. The availability of food in almost every other timeline serves as a way of showing just how desperate, dark, and cold the future after Lavos arrives truly is. 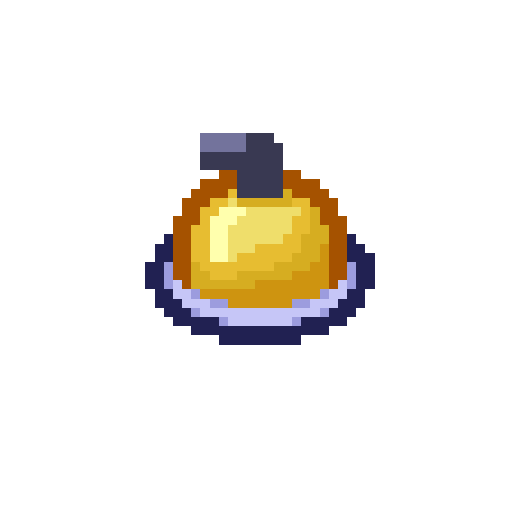 Tayce T. is a master chef who lives in Toad Town and throughout Paper Mario she helps you by concocting awesome recipes that can be used as healing items. She’s able to combine items too like an Ultra Shroom and Ultra Jelly into an Ultra Jelly Pop that heals 50 HP and 50 FP at once. Basically, she’s awesome  and way nicer than Zess T. from Paper Mario: The Thousand Year Door.

Tayce T. can also make the meal above, which is a Deluxe Feast or a combination of four different items all in one. I don’t know how it’s supposed to taste, but it heals 40 HP and 40 FP, so I can only assume it tastes super good.

There’s also an interesting section in the game where Princess Peach ends up making a cake to satiate a very hungry Gourmet Guy. It’s a very long process, but at the end of the day you end up using all of the necessary ingredients to make a cake, which is pretty cool.

From ingredients to an actual cake.

Paper Mario is still probably one of the best RPGs I’ve played in a long time, so it’s with some sadness that I’ve watched the most recent Paper Mario games just fail to capture the magic.

So that’s a bit of pixellated food from video games, but I’d love to hear about more!

2 thoughts on “The best looking pixellated food in video games”