If there’s one thing I have to be thankful for it’s that my parents spent so much time reading to me when I was a kid.

We had story time every single day where I’d listen on as characters from a range of backgrounds, species, and walks of lives taught me about the world.

That time we spent listening evolved into time we spend reading on our own, and then into a lifelong love of books. The ones here are what you’d call timeless classics, but that doesn’t mean they aren’t a little dated in how they view the world, but still I’d pass these onto my kids.

The Berenstain Bears has been in print since 1962 and just celebrated its 50th anniversary a few years ago, but it wasn’t an easy road to first getting published. The first book in the series, The Big Honey Hunt, went through a trial by fire from the editor of Random House, Theodor Geisel (better known as Dr. Seuss), who challenged series authors Jan and Stan Berenstain to take their book to a deeper level to connect with readers.

What The Berenstain Bears eventually became was a slice of life series where every book would teach a lesson to kids in being honest, fair, and good. While I really liked the books as a kid, I can’t help but look back on some of the weird aspects of the books. For instance, Mama Bear, Papa Bear, Brother Bear, and Sister Bear… those are their names, not just an indication of their familial roles. Other characters have normal names like Lizzy Bruin, so it’s not like everyone ends up being a Farmer Bear, Doctor Bear, or Descriptive Bear.

I still learnt a lot from the book series as a kid. One of my favourites was The Berenstain Bears and the Bad Dream. It was about Brother Bear’s obsession with Space Grizzleys and how a bad dream caused by a movie ends up helping to curb his obsession. Heck, he did small jobs for neighbours to buy more (not sure why that’s portrayed as being bad). Anyway, after going to the movies both Sister and Brother have bad dreams and they end up talking to their parents about it. The book teaches kids how to decode nightmares and how your everyday worries can enter into them. It was a pretty good book, but I just liked looking the cool designs of the toys. 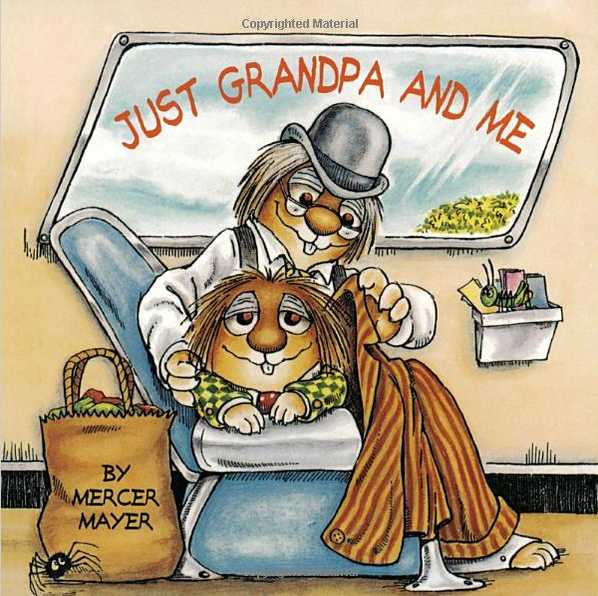 What exactly is Little Critter?

Looking back on it now, Little Critter was so weird. What even is he? A woodchuck? A beaver? A anthropomorphized chimera of several different mammalian species? Maybe, but most of all Little Critter was just little version of us. He makes mistakes, he learns from them, he makes more mistakes, and he learns even more.

Written by Mercer Mayer and released in 1975, Little Critter did all kinds of things, but mostly spent his time with family either going on trips with them or getting yelled at for being a little troublemaker. Two of my favourite books were Just Grandpa and Me and Just Me and My Mom, specifically because they went on public transit to get where they were going.

The coolest thing to me as a kid was going on the Toronto Transit Commission subway. For me, going on the train always meant going to see my grandpa and grandma too, so there was a direct correlation between the books, public transit, and good memories. Little Critter also managed to learn a lot during his travels. I didn’t really learn too much on the TTC, but I still try my best to get to the front of the train on the older cars still on the rails. 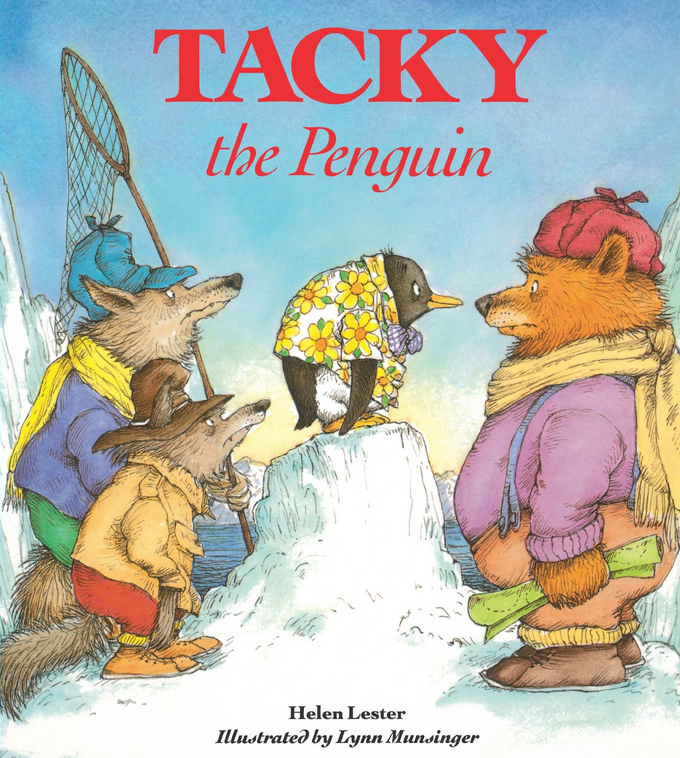 I wore Hawaiian shirts in middle school and I blame Tacky.

We had a gosh dang audio book of Tacky the Penguin and I listened to that cassette tape until the magnetic strip broke. Anyway, Tacky the Penguin was one of the first books that I ripped away from my parents and read on my own because I enjoyed it so much. Tacky was really the reason why you loved the books and his ability to stand out from the other penguins is what made him such an awesome characters.

The first book in the series followed Tacky’s brothers and showed how perfectly perfect they were. All walking in a line, dressing the same way, and singing the same tune, they all prescribe to the same way of thinking. Tacky decides to go the other way being completely different if somewhat strange in comparison to his brothers. Except Tacky’s nonconformist streak helps the penguins avoid being taken by a group of poachers.

I only ever read two books in the series and both times being different is what helps Tacky save the day for his brothers. It was also a lot of fun to sing along with the cassette tape as he sung: How many toes does a fish have? And how many wings on a cow? I wonder, yup. I wonder!

What a cute dog.

Talking, enormous versions of regular animals used to be an easy sell for kids books. Clifford the Big Red Dog was chief among the larger than life animal superstars that made up this specific category of kids book and then there was The Mysterious Tadpole. First published in 1977, Steve Kellog’s award-winning book follows Louis, young boy, as he tries to nurture and care for a present given to him by his Scottish uncle. It turns out that the little, spotted tadpole he names Alphonse is actually a baby Loch Ness monster and he has to feed it and find it shelter as it grows and grows in size.

The push and pull of the story becomes the affordability of taking care of the ever-expanding little pet who soon becomes larger than a pool. Luckily, Louis has a big family and supportive neighbours who are able to pitch in to take care of the monster. However, he becomes so big that they start to contemplate sending him away, but it turns out that there’s a pirate treasure located at the bottom of a nearby lake. With the treasure found, Louis and his family buys a huge parking lot and constructs a pool that everyone, including Alphonse, can enjoy.

The book’s illustrations are the real pull of The Mysterious Tadpole. We watch as Alphonse grows larger and larger, and I also remember salivating over the sheer number of burgers the tadpole ate over the course of the story. This was in the height of McDonalds mania for 90’s kids, so burgers were the greatest things in the world. Anyway, the book’s message is that people need support as they grow, but I think it would have been more apt to let Alphonse go rather than have a deus ex machina moment when he finds the pirate treasure. It’s a tad too convenient.

Dayle B is up in a tree.

There’s nothing wrong with being forgetful. I don’t even remember why I’m writing this article… just kidding, or am I? Anyway, Daily Bee was another kids book I remember quite fondly from my childhood. It starred a rabbit named Daily Bee and her major fault was for all the world she couldn’t remember what animal she is. The story culminates with her meeting a nasty weasel and Daily Bee uses her big feet to swat it away.

And that was the most memorable part of the book. When the weasel attacks, it’s a biiiiiiiigggggggggggggg two-page spread with the illustration of the leaping predator heading toward the unassuming rabbit. It’s a stunning illustration.

The point of the story is to teach kids to question the world around them and to ask what things are. There are no dumb questions as a kid except for the unasked ones. Daily Bee is essentially a student trying to learn about the world and she teaches us that it’s a good thing to learn.

That is just five books out the library of illustrated tomes that made up my childhood. While many of the book are a little older being written in the 1970’s or 1980’s, I think they have a timeless quality. They teach essential lessons to kids that have stayed constant throughout the decades. Being nice to people, learning about the world, and questioning everything are just some of the tenets these books pass on.