Nah, I’m just kidding. Developed by Super Giant Games, Bastion is a top down action game where you use weapons and powers to rebuild the Bastion.

After the Calamity, the world has been torn asunder and a lone wanderer, a scout by trade, has the giant task of rebuilding the universe he inhabits. It all begins with rebuilding a safe haven called Bastion.

He meets a few friends along the way, including the game’s narrator, but the protagonist’s life is one is struggle and turmoil. What is he really fighting for? Is Caelondia really worth saving? 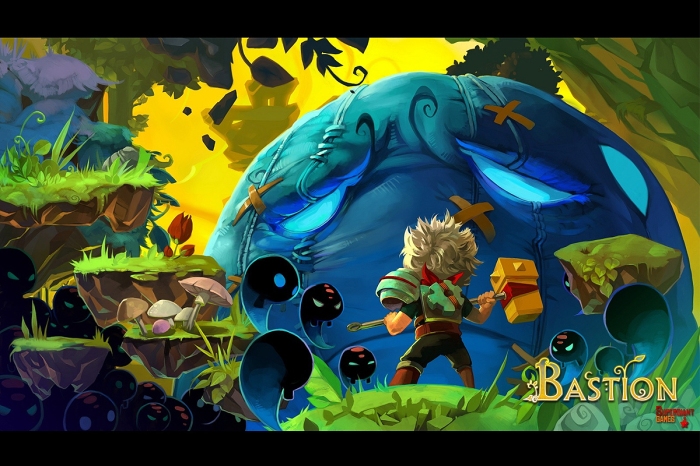 The game’s story, art, and writing are exemplary. This labour of love makes it an unforgettable game.

Now that’s over and done with, I’d like to add a little more to the the review’s look into the game. I find that often the best way to review a game is to compare it to games that share similar qualities and themes.

When playing Bastion all I could think about was, “Man, this a lot like Boktai.”

Boktai, developed by Konami, is a top-down stealth-action game. It was also an extremely gimmicky game with a solar sensor making up part of its cartridge.

I was surprised how much Bastion reminded me of the series on the GameBoy Advance, well minus the stealthy gameplay. What also struck me was how Spaghetti Western the games are when looked at together.

It’s important to preface the historical aspects of the film genre. Originally a derisive term, it refers to films made around the mid-1960’s in Spain and Italy. Many of the main characters in the films are anti-heroes often having more flaws than virtues. They were also grizzled… like to the point of being amoral beings.

The films also represent a kind of international effort to bring the best of different cultures’ filmic techniques, i.e. Seven Samurai and the Magnificent Seven into the genre itself. It’s like a Humble Bundle, but with cowboys, revolvers, and deserts.

Back when I originally played Boktai, I didn’t know about Spaghetti Westerns or Clint Eastwood’s career beyond being the face of Dirty Harry. Only years down the road did I realize the connection between the film genre and the games. 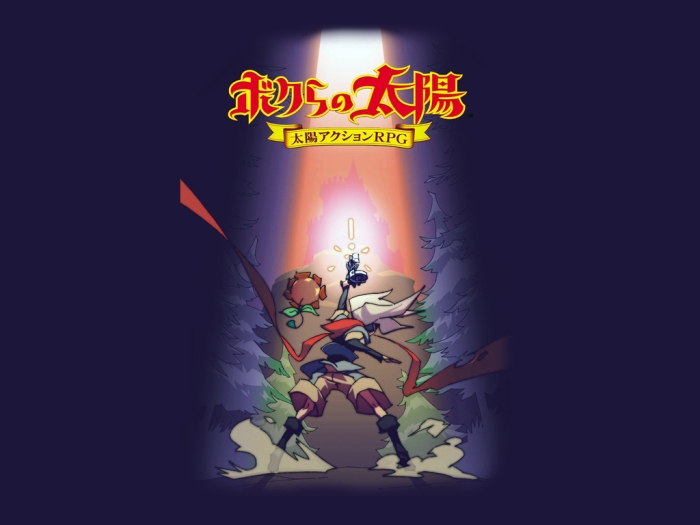 So what the connection between Bastion and Boktai? Well, that’s just about it the Spaghetti Western. The stirring soundtrack, the dusty venues, and the moody narrative are all typical in the films. The genre also allows for a serious tone.

In Bastion, the Kid is constantly confronted by the death of his world. As a bit of a wanderer he never had any kind of relationship with anyone he knew. His father abandoned him and his mother was but a ghost in his past. Through his reflections, you learn about his past and about his motivations in saving the Bastion from the Calamity’s ravages.

In Boktai, Solar Boy Django is the son of a vampire hunter and a moon goddess. Throughout the first two games, players find him as a wanderer with his sidekick Otenko tracking down the Immortals that have taken over the land. Later in the games, he finds his brother Sabata though its a rocky relationship with both fighting for their own means.

Through light and darkness, both protagonists face many of the same moral challenges. Each are attempting to remember their respective pasts while moving forward with their lives. Both games have a relationship with the film genre that uses its pioneering sensibilities to create something universal through its stories.

Do you prevent the Catalyst or do you live in the world as it is? Is your twin brother Sabata really evil or is just misguided? What is the meaning of life in the post-apocalyptic world? 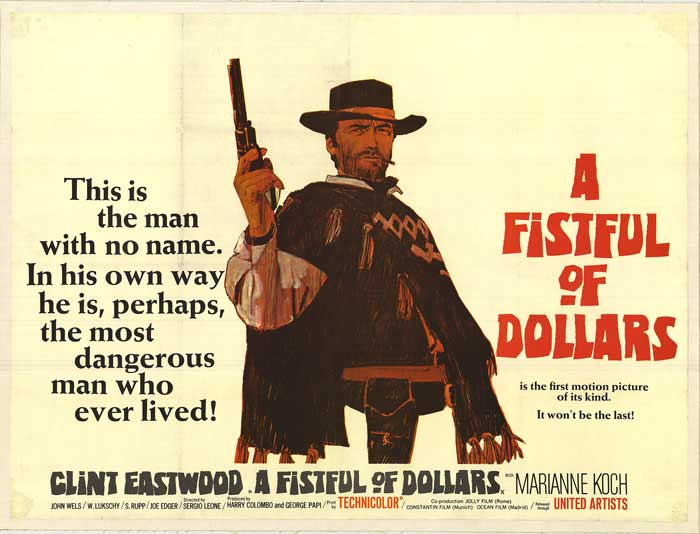 In other words, good stories make for good video games. Both games have narrators that exist outside of the main narrative that pulls the player into the experience.

In A Fistful of Dollars, Clint Eastwood plays a stranger who moseys into a town to make a little money turning two families against one another. It starts out as a scheme to make a little cash, but it ends up saving the town from a corrosive corruption. The Stranger he plays has no past, he has little motivation in life, but he finds himself discovering more about morality than he expects.

The Kid and Solar Boy Django both exist in a world after a calamitous event. One strives to rebuild the world while the other fights to wrest it from the claws of the powers that be. The games both share a link to the Spaghetti Western that goes far beyond just the music and the aesthetics.

The games share similar pioneering environments where society is still in the process of building itself up. Against all odds life continued to strive in the desert of the world and it’s up to The Kid and Django to save the world, or destroy it.

That’s really how Bastion and Boktai hook players: They tell us stories where each character has to make a choice and using their respective powers change not only the world’s destiny, but their own.

Popculture Tuesdays is a continuing series that relates two media series with one another. It’s also an attempt to reconcile knowing way too bmuch about video games with the knowledge of everything else in the world.