When Pokémon X and Y gets it worldwide release in October one of two things can happen: It could succeed or it could flop.

For years, I’ve collected Pokémon games, Pokémon cards, and Pokémon well… everything. My friends had the games and cards, and I was happy to spend my pocket change hopping onto the bandwagon. It was just the natural thing to do when I was in school.

While we sat trading monsters using our link cables, a whole other body of students sat reading the Harry Potter books. I never really understood the phenomena of the Harry Potter series until I started watching the movies.

Then I started reading the books and enjoying the universe inside of J.K. Rowling’s words. Only now in hindsight did I notice the shared, collective experience fans of both series have had growing up.

Things have cooled down in recent years with maybe a game or two being added to my once ever-expanding collection of Poké-fenalia, though I doubt that’s spelled correctly.

Pokémon elicits that same gut feeling of being a place that really exists in a physical sense. Its world building gives players a mental map of the world just as Harry Potter does. 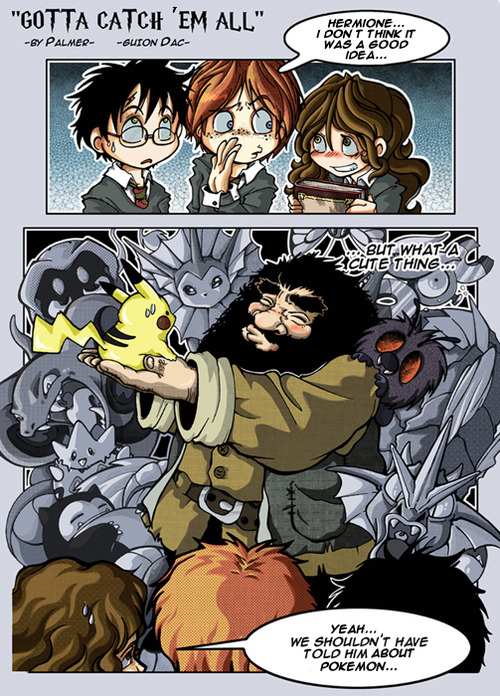 Leave it to a bad journalist to go with his or her gut feeling about something, but if you know Pokémon then you know just how expansive the universe truly is in scope. Nearing 700 creatures, Kanto, Johto, Hoenn, Sinnoh, Unova, and Kalos are getting quite crowded.

So, what are the parallels between Pokémon and Harry Potter? They’re more closely related than you would think… and probably hope.

Released in 1998, Pokémon Red and Blue and Harry Potter and the Philosopher/Sorcerer’s Stone immediately found rabid audiences, but in their separate mediums.

While it was in books that Harry Potter found himself battling the forces of evil, it was in video games that Red and Blue sought out the Elite Four to become Pokémon Masters.

It’s a given that the release dates aren’t exactly accurate, but it was at this time in my childhood along with everyone else I knew when we were introduced to both worlds.

Like in other fantasy series like Dune, the Discworld novels, or even Redwall, both series have a definite world that spark the imagination of users/readers by displacing his or her own reality.

In other words, I wanted my Hogwarts letter and Pokedex more than you could ever believe. Both Harry Potter and Pokémon starred young protagonists who recently found out that they were special, and as a young, high-minded individual I wanted some of that “You are special” feeling.

Harry Potter is a wizard and Red/Blue is a Pokémon trainer, and both receiving a place in the universe while making the reader/player want to be in their shoes. They have the responsibilities of an adult and powers akin to super heroes, but they’re just children. 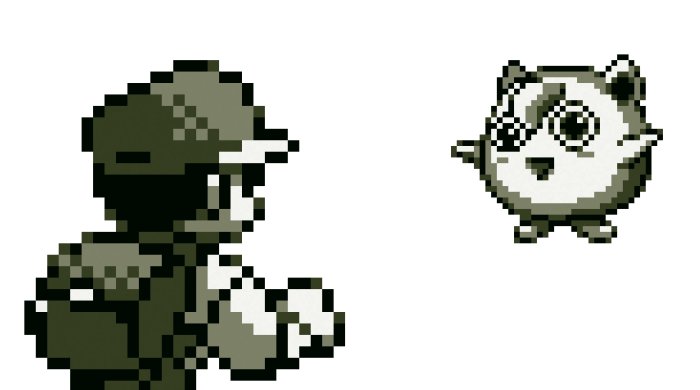 Accidentally used my Master Ball on a Jigglypuff when I first played the games.

Another comparison, now using the Pokémon anime: Harry Potter has Hermoine Granger and Ron Weasley while Ash Ketchum has Brock and Misty as side kicks.

Both Harry and Ash are chosen ones being followed by a plot of successes and failures with reoccurring characters and villains tracking their progress as the story develops.

In the last novels, Harry Potter searches out the Horcruxes to defeat Voldemort and Ash is constantly on the search for gym leader badges that will take him into the upper echelons of power in each region.

For Mewtwo’s sake Professor Dumbledore and Professor Oak are each protagonist’s mentors! They provide both characters with guidance and insight, though Oak is a far less manipulative.

The comparisons build and build with the Harry Potter series receiving updates alongside new games in the Pokémon series, but why does this pop culture connection matter?

In the collective cultural experience that we have all shared in Toronto, Canada, and the West almost everyone knows both Pokémon and Harry Potter, or have faint knowledge of both. They’re easy series to love and ones that have grown with us over the years.

Harry Potter matured into a teenager as we did, the characters in Pokémon continue to get older and older as a reflection of its audience, and the added complexity of maturation is apparent in both series.

While Harry Potter has seen a definite end, Pokémon continues with new games, episodes in the anime, and trading cards to collect. Both series grew up in the same environment and with the same audiences in North America and Japan, though they diverge in its choice of medium.

Both series have a physical quality to them whether it’s knowing every corridor of Hogwarts or every route in Pokemon. It’s a feeling of belonging called world building and we’re suckers for media that does it well.

The reason why I find this comparison so apt is that Pokémon and Harry Potter are the ultimate ice breakers for any new friendship you start. With either universe in mind you can get to know a person by their Hogwarts house of choice or starting Pokémon.

It’s the same understanding of someone’s personality as the elements in Avatar or the choice of Zerg, Protoss, or Terran in Star Craft.

Both series were able to create a connection with its audience and building a base of specialized knowledge for their users. I feel special knowing all 150 original Pokémon (I don’t count Mew for whatever reason) and other people feel special knowing all this different spells Hogwarts students learn over the years. Sectumsempra is probably the coolest, though it isn’t exactly taught.

There’s a connection here between the worlds of Harry Potter and Pokémon that is highly debatable, but essential in trying to understand what kinds of pop culture appeals to us now.

Game of Thrones works on the same base of having a choice of four different heirs as there are four different Hogwarts Houses. It’s a series that engages its audience not only in their living rooms, but in social settings where a fantasy preference can create laughter or debate.

Pop culture exists due to a collective social experience and grows depending on its quality. Harry Potter and Pokémon have done well because they are quality products, but not without flaws.

It’s a shared cultural and social experience that have made these series interconnected for all of the fans out there still playing the games and reading the books.

What the series succeed in doing was making consumers camp out the night before, selling out the day of, and being remembered a week after its release, which isn’t an easy thing to do.

Popculture Tuesdays is a continuing series that relates two media series with one another. It’s also an attempt to reconcile knowing way too much about video games with the knowledge of everything else in the world.